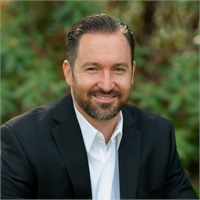 John Potter is a native of Wellsburg, West Virginia.  He earned a Bachelor of Science Degree in Business Administration from West Virginia University with a dual concentration in Marketing and Management as well as a Minor in Communications.

In 2004, John joined PNC Bank as a Financial Sales Consultant in Pittsburgh, Pennsylvania before moving to Erie, Pennsylvania to become a Branch Manager, Vice President.  John was promoted to Vice President and Channel Development Advisor for the PNC Wealth Management Group in 2011.

John advanced to Vice President and Client Advisor for the PNC Wealth Management Group in 2016.  Working closely with prospective and existing clients, John worked to identify his clients’ current and anticipated wealth management needs.  2017 saw John become the top Client Advisor in the company.   Among his many achievements while working at PNC, John was a 2-time winner of the Circle of Excellence Award and Chairman’s Award as well as the winner of the Service Excellence Award.

John has, and always will, put the needs of his clients first.  He believes that great service is the key to great success.

John currently resides in Cranberry Township, Pennsylvania.  He is involved in the local Chapter of the Elks Club and is the Vice Chairman of his neighborhood’s social committee.